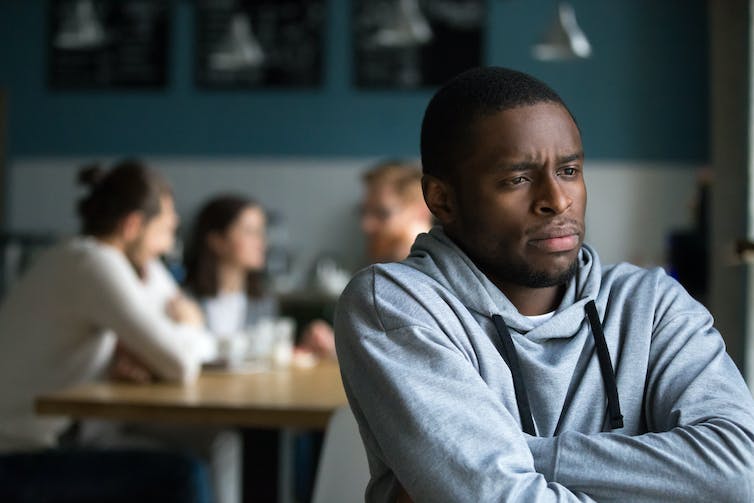 In recent years, U.S. public opinion has been divided about the existence and seriousness of racism, sexism and other forms of discrimination.

Amid growing racial divides in civil and political views, our research team at the Harvard T.H. Chan School of Public Health, in partnership with NPR and the Robert Wood Johnson Foundation, asked 3,453 adults about their experiences of discrimination.

Our studies, published in December, show that people from these groups report high levels of discrimination from both institutions and other people.

The articles were based on a survey conducted via telephone from Jan. 26 to April 9, 2017, among a nationally representative sample of U.S. adults.

We asked people if they had ever experienced specific forms of discrimination, harassment or unfair treatment because they are black, Latino, Native American, Asian American, a woman, lesbian, gay, bisexual, transgender or queer.

Discrimination was commonly reported across many areas of life, including in the workplace, at the doctor and with the police. Slurs, harassment and violence were also widely reported.

For instance, half of black adults say they have personally experienced racial discrimination when interacting with the police, while 22% have avoided seeking health care for themselves or family members due to anticipated discrimination.

Nearly 4 in 10 Native Americans say they or family members have experienced racial violence.

One in 3 Latinos say they have experienced discrimination when applying for jobs.

Meanwhile, 1 in 4 Asian Americans say they have been discriminated against when trying to obtain housing.

Among women, more than 4 in 10 say they have experienced gender discrimination in the workplace when it comes to getting equal pay or promotions.

And a majority of LGBTQ adults say they or LGBTQ friends or family members have been threatened or harassed.

Although high rates of reported discrimination may not be surprising to some, this has rarely been documented by national survey research among some of these populations who are often difficult to reach due to their small sizes, geographic dispersion or in the case of LGBTQ adults, stigmatization.

Polling has documented large gaps between whites and minorities over their general beliefs about racial and ethnic discrimination in America.

The Supreme Court is also expected to rule in 2020 on extending workplace anti-discrimination laws to protect LGBTQ employees.

Our findings show that, despite divided public perceptions to the contrary, reported discrimination against blacks, Latinos, Asian Americans, Native Americans, women and LGBTQ adults is prevalent in the United States today.

Discrimination places a huge and often unseen burden on the country that is experienced in different ways by different groups and in different areas of life. Given our findings, we believe greater public policy efforts are needed to help end these common discriminatory behaviors in day-to-day life, as well as in institutions and policies.

As a path forward, in 2014, a national coalition representing 200 civil and human rights groups detailed major policy opportunities to eliminate discrimination against minorities in key areas that affect their lives, including health care, criminal justice and housing.

Working to end discrimination presents a challenge for leaders at all levels. Leaders of institutions can both act and educate at the institutional level, not only about the existence and pervasive nature of discrimination, but also about its impacts on the country, communities, individuals and their families.